Canada’s taxman shouldn’t decide who has a disability 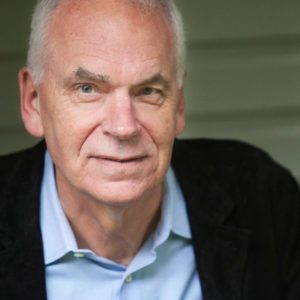 Canada’s Registered Disability Savings Plan (RDSP) is the first poverty-fighting tool for people with disabilities in the world. This remarkable example of federal/provincial/territorial co-operation, created in 2008, has already changed the lives of more than 150,000 Canadians with disabilities.

Unfortunately, the RDSP is only reaching 29 per cent of those eligible. Due to restrictions imposed by the Canada Revenue Agency, it is not available for many other Canadians with disabilities who are poor. For this to change, two things must happen: administration of the RDSP and the disability tax credit must be taken out of the hands of the agency, and co-ordinated national action to eliminate the link between disability and poverty must begin.

The RDSP has three components: contributions by the individual, family or community; matching federal grants; and a disability savings bond of $1,000 a year. To be eligible, an individual must quality for the disability tax credit first. That’s the source of the bottleneck.

The agency is determining who has a disability and who hasn’t. The result — people with autism, Type 1 diabetes, brain injury and mental illness are too frequently being denied the tax credit even though they qualify for other disability benefits at the provincial and territorial level. Still, others are having their eligibility terminated by the agency and are being asked to refund federal contributions to their RDSP.

The irony of the agency — which was set up to go after tax cheats and fraudsters — keeping people with disabilities in poverty would not be lost on the families who originally proposed the RDSP. I know, because I’m the father of a daughter who experiences disability, and I was with these families through every step of the campaign to set up the RDSP.

Together, we created Planned Lifetime Advocacy Network to address the question, “What happens to our sons and daughters with disabilities when we die?” Our search for answers led us to rethink the assumptions associated with having a disability.

For example, the punitive and suspicious mindset associated with disability welfare kept our sons and daughters poor. They couldn’t save beyond a modest amount without being disqualified, and if we financially supported them, it would be clawed back. Furthermore, disability services don’t address financial well-being and too often unwittingly perpetuate a view that financial well-being isn’t a major consideration for people with disabilities in care.

We concluded that one of the biggest handicaps to overcome was the link between poverty and disability. Our proposal for an RDSP had two practical goals: first, to enable Canadians with disabilities to earn or receive income and to accumulate financial assets without penalty, clawback or disentitlement from other government benefits; and second, to access this income when they most needed it.

Ten years later, it is clear that financial freedom for Canadians with disabilities makes a big difference. There is a discernible pride and confidence among those I meet across Canada who have an RDSP. They tell me they can now dream and start controlling their destiny.

The precedent of provinces and territories to eliminate some of the soul-destroying aspects of welfare has now been established. Governments aross Canada have essentially said to people with disabilities and their families: “We trust you to spend savings plan income on what you think is best. You don’t have to report, you don’t have to justify.”

But the RDSP is only one tool among many that are needed, because 70 per cent of Canadians with disabilities still live in poverty.

Here are four recommendations to improve the RDSP and raise Canadians with disabilities out of poverty:

Second, remove all Canada Revenue Agency responsibility for assessing and determining eligibility for the tax credit and place it under the Minister of Persons with Disabilities. People with disabilities and their families are not cheats. The agency should go after people who defraud and cheat the tax system; however, that effort requires a suspicious and mistrustful mentality that should not be associated with the RDSP.

Fourth, create a guaranteed basic income supplement for Canadians with disabilities. Quebec’s minimum income program, Ontario Basic Income Pilot, B.C.’s liberalization of welfare restrictions, the push for a refundable disability tax credit and improvements to the RDSP all point to the need for co-ordinated national action.

We are getting better at closing the poverty gap for seniors and low-income families. The RDSP has shown us that we must now do the same for Canadians experiencing disability.

Al Etmanski received the Order of Canada in part for his work on the RDSP. He recently presented his concerns regarding the DTC and RDSP to the Senate Committee on Social Affairs. He is an expert advisor with evidencenetwork.ca.

Read more from Al at aletmanski.com.