Get Maximum Benefit out of an RDSP 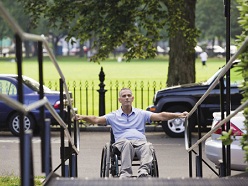 The RDSP encourages people with disabilities and their families to save for the long term without affecting their provincial benefits. The savings plan does not count toward the asset test for provincial benefits and, in most provinces (except for Quebec, New Brunswick and Prince Edward Island), does not count toward the income test when money is withdrawn from the account.

It’s important to note that family net income is always based on income from the second preceding year because CRA has not finished filing all tax returns at the beginning of the year. For example, for 2015, the tax deadline was May 2, 2016. As a result, in order to determine family net income, CRA has to look at 2014 because that is the only tax data they have on file.

Here’s the family net income for 2016, and the amount of grant the beneficiary would be eligible for.

Read: 5 improvements to the RDSP

Let’s go through an example.

Jason is 12 and his parents, Julie and John, have a family net income of $160,000. Would it make more sense to open the RDSP now and have it based on the parents’ family net income until Jason is 18, or should they wait until after Jason turns 18?

Jason is eligible for the bond for two more years; no contributions are required for Jason to receive the bond. If he continues to contribute $1,500 to the account, and receives $1,000 in bonds annually after two years, the account will be valued at $246,148. If Jason continues to contribute $1,500 to his account annually until he reaches age 59, he will not receive grants because he’s already received the maximum amount. But the value of his account will continue to grow and will be $705,183 at age 60.

Read: What to do for clients with disabilities

Let’s look at how Jason’s account will look if he didn’t begin contributing to the RDSP until after he was 18, and the grant and bond are based on his family net income. With an RDSP, someone is able to catch up on grants they missed back 10 years or to the date of diagnosis (whichever date is more recent; the RDSP was launched in 2008, so the earliest one can go back is 2008).

Jason wants the grant to be based on his family net income, so he decided not to take advantage of the carry forward back to age 12 when he became DTC eligible. With an annual contribution of $1,500 by age 38, he’ll have contributed $30,000 to the account and received grants of $70,000, based on the assumption that he’s eligible for the maximum grant for the entire period. If he was also eligible for the maximum bond, he would’ve received an additional $20,000 in bonds. At a 5% rate of return, the account will be valued at $208,316. If he continues to contribute $1,500 annually from ages 39 to 59, the value of his account at age 60 will be $604,803.

Read: 2 things to watch with RDSPs

Let’s see how the two options compare in a line graph:

The difference between the two options? Waiting until the grant and bond are based on his own family net income means he’ll have an account value of $604,803 by age 60. But if he begins to contribute now and have the grant based on his parents’ family net income until he turns 18, his account would be valued at $705,183 by age 60. This is a difference of $100,380, and proves it’s in Jason’s best interest to begin contributing now, rather than waiting.

Jacqueline Power is a tax director with Mackenzie Investments. She can be reached atjpower@mackenzieinvestments.com.